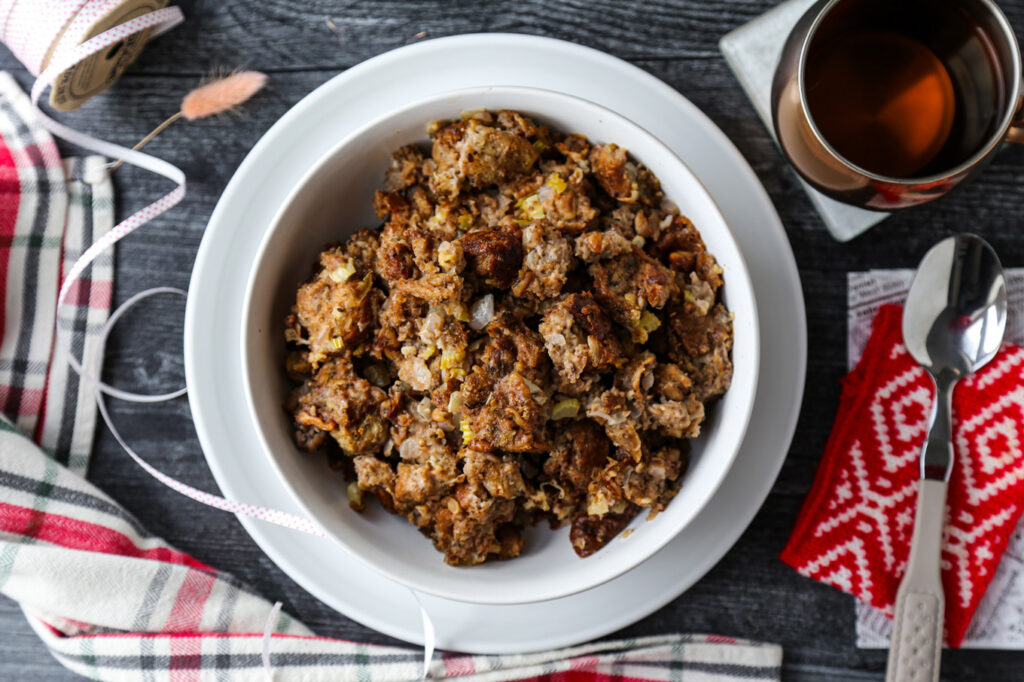 Are you cooking for the holidays? This savory and easy to make rice cooker stuffing will be right at home on your family’s dinner table!

Each year, as we gear up for the holiday season, we start to think about which recipes we’re going to have to make via traditional methods – and which one’s we can farm out to… ahem, more unconventional means.

Because whether it’s turkey-day or one of the many holiday parties you might be going to, keeping it manageable in the kitchen is priority #1.

This rice cooker stuffing recipe is so easy to whip up – but it doesn’t taste like you put in minimal effort. It’s savory and perfectly spiced. We’d say it’s our favorite side dish alongside turkey, cranberry sauce, green bean casserole and mashed potatoes and gravy!

Now, when it comes to the bread for this stuffing – we’d recommend using a day-old baguette or ciabatta ideally. But you can really use whatever bread you’ve got handy.

Chopped walnuts deliver a great texture to the overall dish – and dried herbs like rosemary and oregano give this rice cooker stuffing that trademark holiday flavor profile.

Chicken stock introduces another level of savory goodness to the dish. But you could use veggie stock if you plan on making a vegetarian stuffing.

But no matter what stock you decide on, you’re going to love how easy it is to make this homemade stuffing in your rice cooker!

HOW TO MAKE STUFFING IN A RICE COOKER

Place all your dry ingredients into the inner pot of your Tiger multifunctional rice cooker – and top the mixture with your stock and a bit of salt and pepper.

Stir well, close the lid and select the Slow Cook setting for 35 minutes. How’s that for an easy holiday recipe?

When the timer sounds off, fluff it up – and serve alongside your holiday favorites. Goes well with gravy… just sayin’.

And check out these other delicious and easy holiday side dishes you can make in your rice cooker: 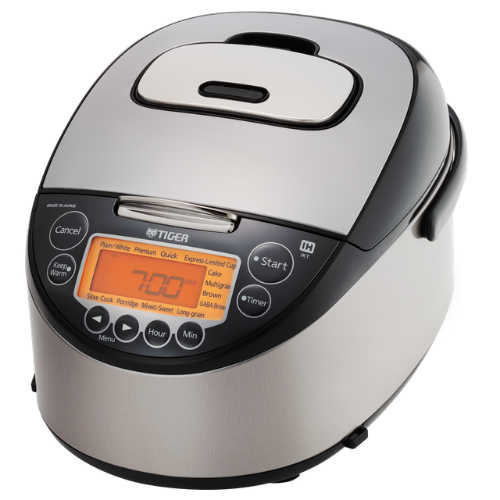