Sometimes a snack just hits all the right notes. Taste, texture – and that illusive ‘je ne sais quoi’ are all factored into what constitutes the perfect snack or dessert.

Well, this mame mochi recipe is gunning for that number one spot in your snack rotation!

So buckle in – and let’s get cooking.

WHAT IS MAME MOCHI?

Mame mochi (豆餅) is a simple combination of soybeans inside mochi.

And while that short ingredients list may sound a little pedestrian, it produces a Japanese snack that has an iconic springy texture and subtly sweet and nutty flavor.

The soybeans are suspended in rice cakes during the mochi making process and add a bit of complexity to the overall consistency. A sprinkle of salt is added at the end to counteract and enhance the sweetness.

Popular all over Japan, mame mochi is probably most highly revered in Kyoto where it is sold in wagashi shops alongside other traditional Japanese treats.

So, is mame mochi a Japanese dessert or a snack?

BUT WAIT… WHAT IS MOCHI?!

Ah, maybe we got ahead of ourselves…

At its most basic, mochi (もち) is a chewy Japanese rice cake made of pounded glutinous rice (mochigome).

For a closer look at this Japanese staple, have a look at our post about mochi.

HOW TO MAKE MOCHI AT HOME

And while making it by hand is a fun communal exercise on New Year’s day with the family, we’re obviously fans of the whole cooking-with-the-press-of-a-button thing here at Tiger 😋

So it stands to reason that making this delicious vegan Japanese dessert at home is as simple as loading your pre-soaked sweet rice and soybeans to your Tiger Mochi Maker and hitting the Steam button.

Later, during the Pound cycle, simply sprinkle your mame mochi with a bit of salt – and that’s it.

We told you it was easy!

Mochi made from Tiger’s SMJ-B18U. 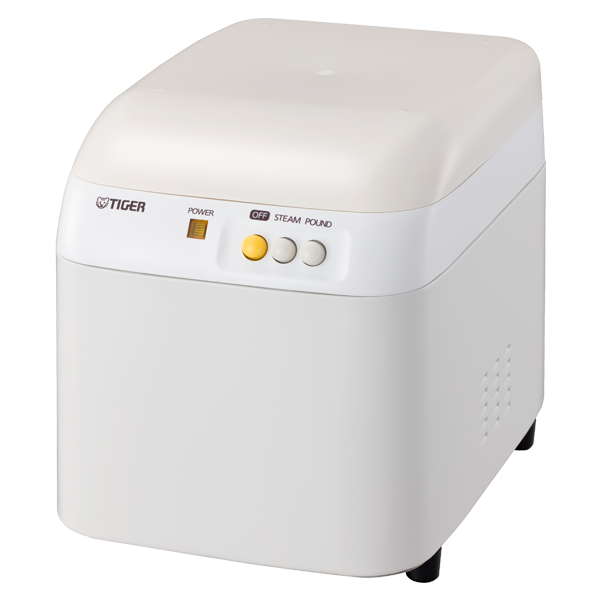