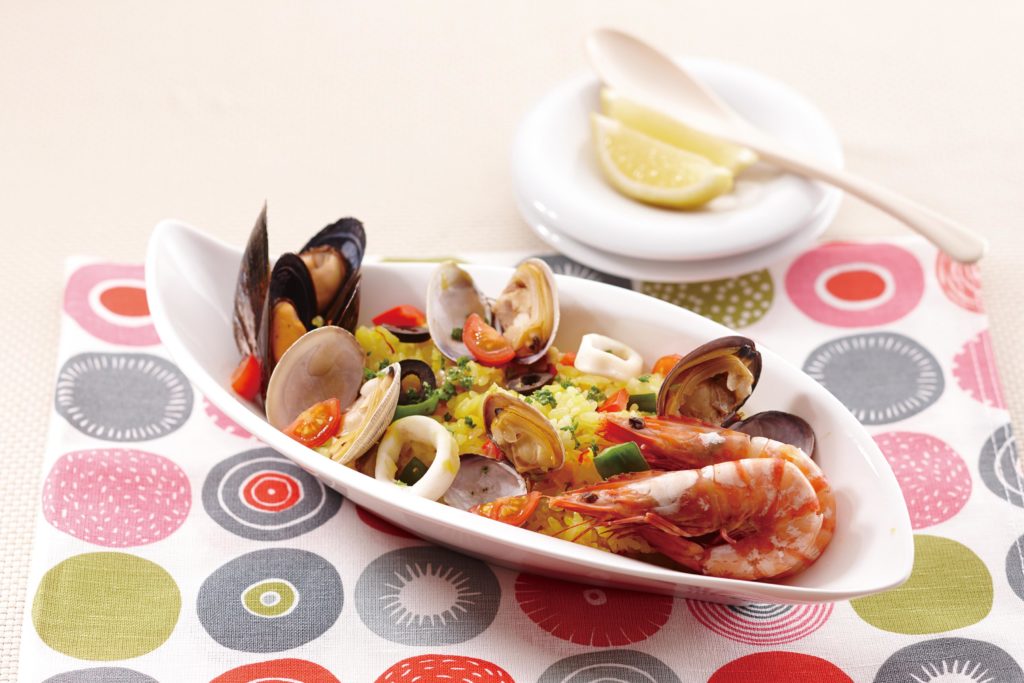 Some dishes need no formal introduction.

And that’s most certainly the case with this iconic Spanish recipe.

Because whether you’ve tried it or not, most of us have heard of paella. (Hint: it’s well known because it’s delicious!)

Indulge in a saffron loaded seafood paella that you can make at home in a snap!

Seasoning for steamed fish and shellfish

Well, that’s a complex question – with a lot of different answers

While there are myriad variations being served under the umbrella moniker Spanish Paella worldwide, maybe the one thing most people can agree on is that the basis of a proper paella recipe is saffron seasoned rice.

The dissension typically arises when it comes to the other ingredients that get added along the way.

Now, the original dish hails from Valencia. A true Paella Valenciana utilizes a mixture of rabbit, snails and beans.

However, there are many other common paella ingredients like chicken, chorizo, vegetables and mixed seafood that you’re likely to find in other preparations.

For this delicious seafood paella recipe we’re using a combination of head-on shrimp, squid, mussels and clams. They impart the essence of the sea into this saffron loaded rice recipe.

We also opted for chicken thigh meat to bring a bit more savory substance to the composed dish.

Whether this is a true authentic paella recipe may be hotly contested – however it’s one of our all time favorite seafood recipes. And we think you’ll love it!

Oh, btw… we’re also going to make this paella recipe in one of the least traditional ways. In a Japanese rice cooker!

AN EASY PAELLA RECIPE YOU CAN MAKE AT HOME

Bomba, a short grain rice, is the most common paella rice. But feel free to use what you’ve got on hand for this seafood paella.

Use the inner pot of your rice cooker to prepare the saffron rice and chicken using the Mixed setting. Then simply prepare your seafood according to the recipe instructions.

When everything is finished, mix it up and serve it up!

We think you’re going to absolutely fall in love with this Spanish seafood paella recipe. 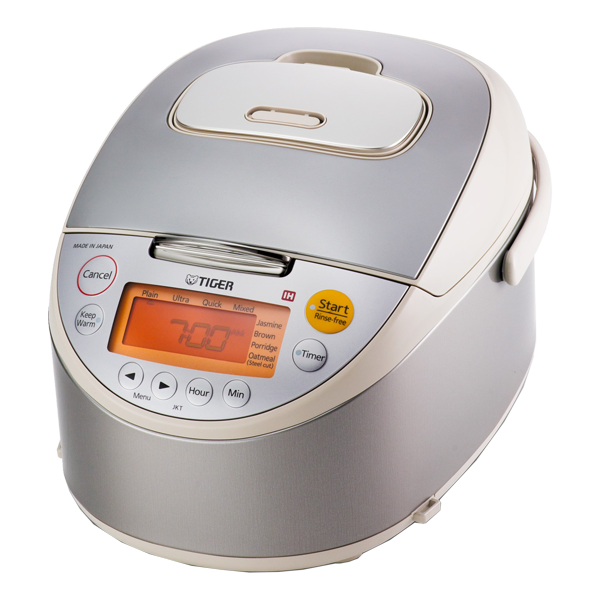 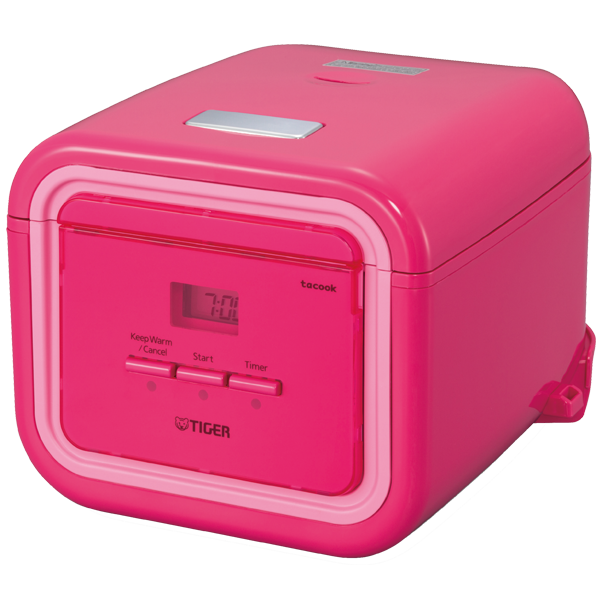